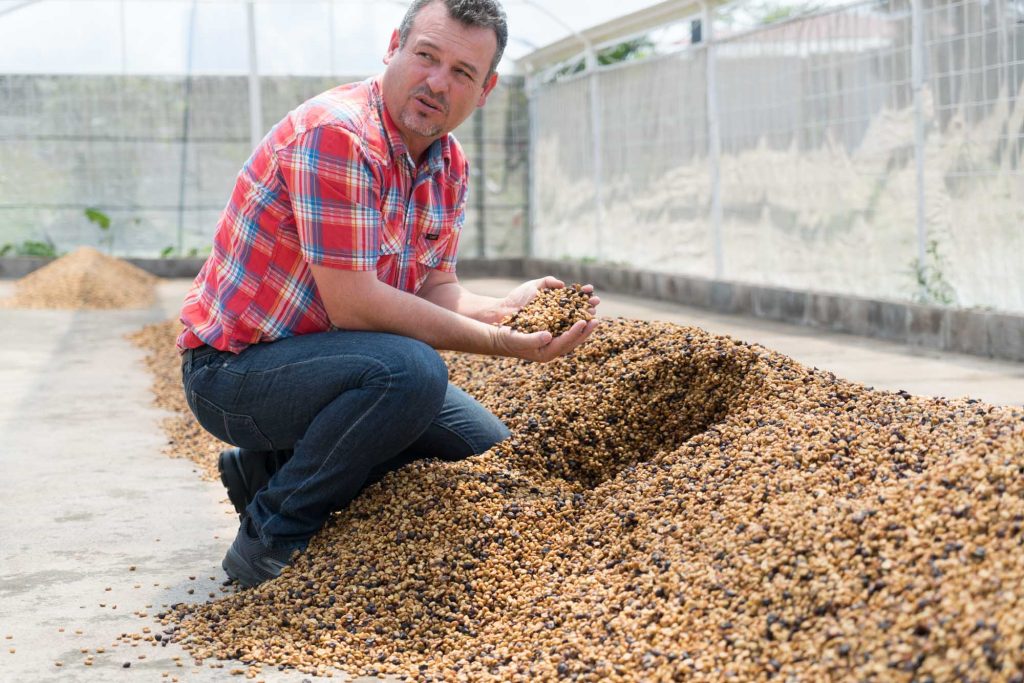 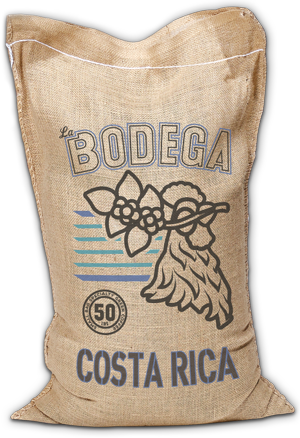 "Tart strawberry and blackberry flavors with a creamy mouthfeel and sweet caramel aftertaste."

Oscar and Francisca Chacon of Las Lajas Micromill are third-generation coffee producers who are committed to quality and innovation and are probably best known for being among the first to produce Honey and Natural coffees in Costa Rica in the 2000s. Las Lajas began producing honey coffees in 2008 after an earthquake cut off the mill's access to water for several weeks. Oscar had heard that in Brazil and Ethiopia they use pulped-natural and natural techniques to process coffees, so he tried it with his harvest that year. Around that same time, Cafe Imports founder and president Andrew Miller visited the area and was so impressed by the flavor of the Chacons' coffee he became one of the first buyers of the new process.

The micromill is also one of the only certified-organic mills in the area, and the Chacons take their environmental impact very seriously. As average temperatures rise and the weather patterns change, the Chacons are considering adding more shade trees to their farm to moderate the heat, and to add irrigation systems to combat the inconsistent rainy seasons Costa Rica has had the past few years. To mitigate their water usage, Oscar uses a Penagos demucilaging machine to depulp his coffee, which has cut the Chacon's water consumption down to almost nothing.

Harvesting and processing are overseen with great care by both Oscar and Francisca: During the harvest, Francisca measures the Brix of the cherry to determine the optimal ripeness, and picking will begin when the Brix reads about 22°. Harvesting by Brix reading is also helpful as newer varieties sometimes ripen to different colors: Using the refractometer helps keep the harvest at uniform ripeness, which is key when producing high-quality Naturals and Honeys.

The Chacons produce several different types of Honeys and Naturals: For their Honeys, 100% of the mucilage is left on the coffee, and the coffee is dried in different ways. Oscar believes that just as the roast profile will change the flavor of a coffee, the drying curve also has an impact. He wants the drying to happen slowly, which means that production is necessarily limited. "Every day I wake up I learn something new,” Oscar says about his study of the drying process.

The Chacons determine which process to use based on the weather on the day the coffee is harvested, as well as the desired profile. 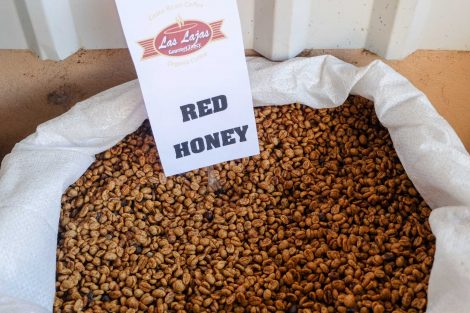 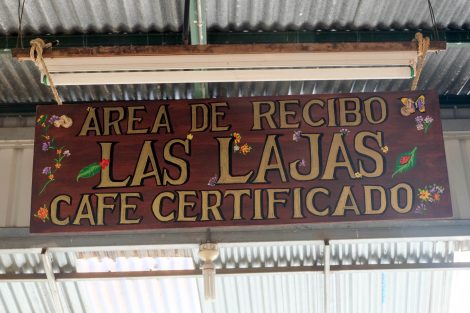 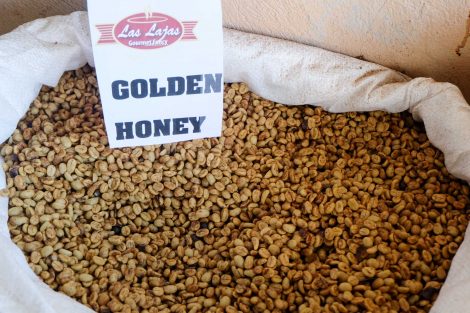 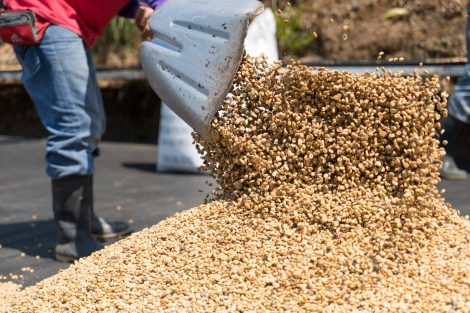 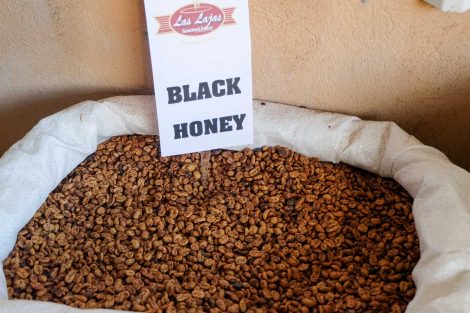 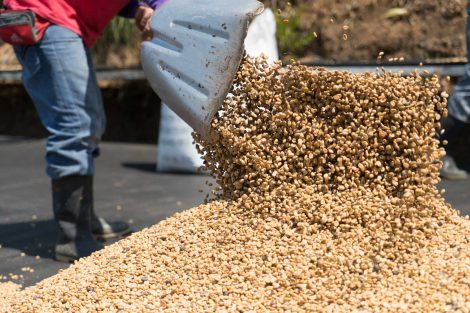 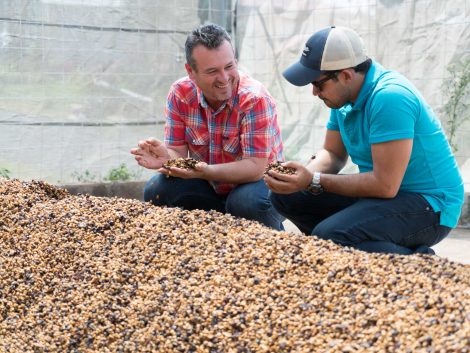 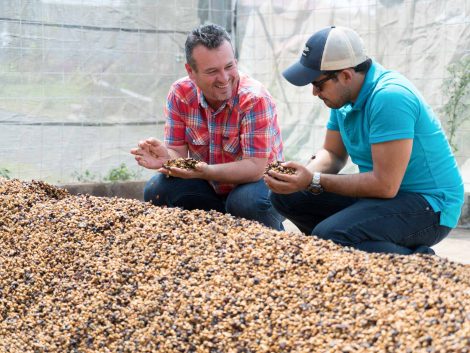 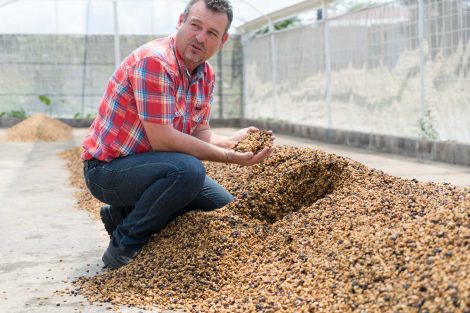 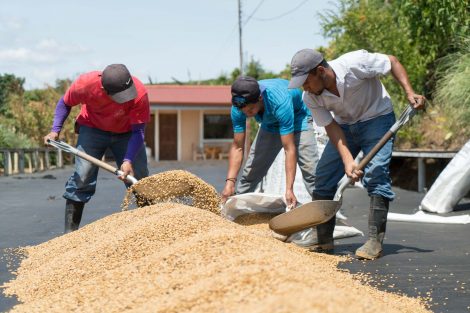 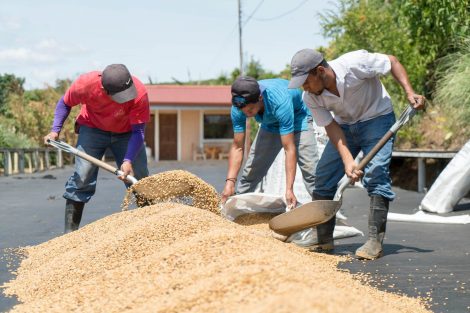 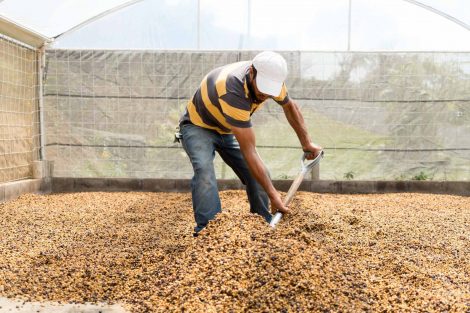 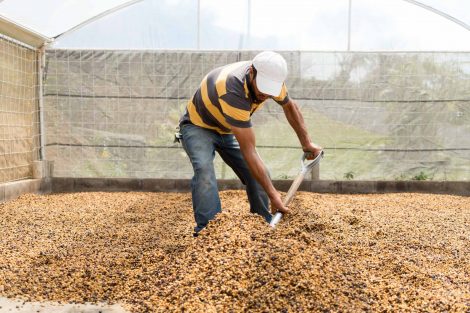 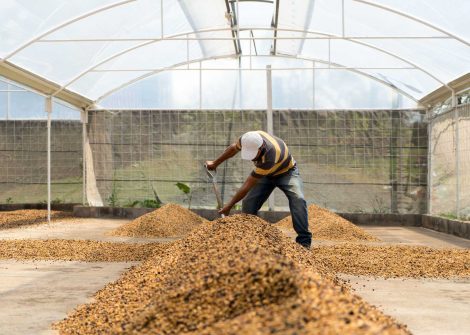 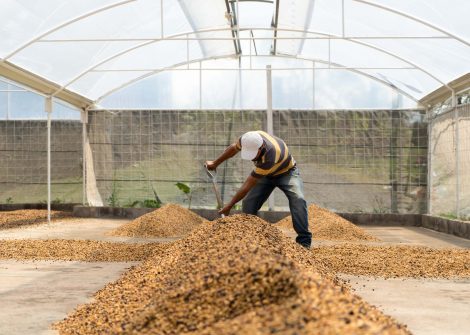 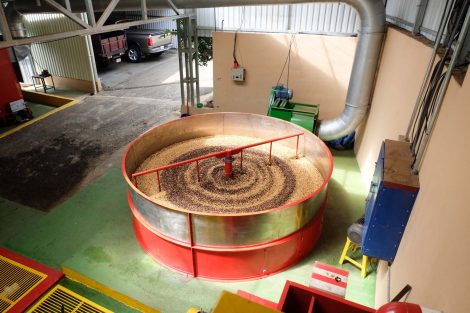 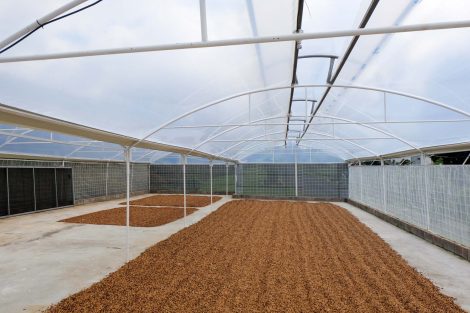 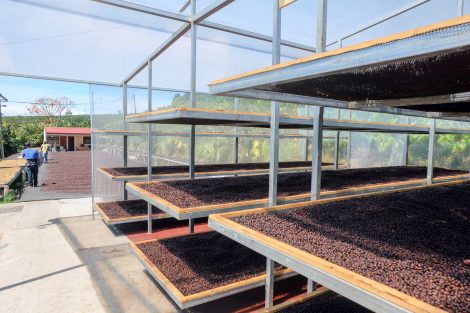