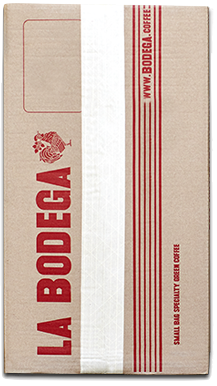 Helsar de Zarcero Micromill is owned by Ricardo Pérez and brothers Felipe and Marvin Rodriguez and was built in the early 2000s in order to control the processing (and therefore the quality) of their farms. Since 2012, the University of Costa Rica and Helsar Micromill have been researching the possibility of creating food-grade cascara using modern technology, pasteurization, and specialization. In an interesting role reversal, the coffees used here were picked specifically to produce cascara—the coffee seeds are the "by-product" in this unique case! Caturra, Catuai, and Villalobos coffees from fincas Santa Lucía and Anonos in Naranjo, Costa Rica, comprise this special lot.